Beers are a personal experience.
We all have beers we like, and those we don’t…

Most of us remember that first beer, and hated it. But tastes change, and the experience we have around those beers change us.

With the diverse styles out there, we encourage you to try our core products, and branch out and try some of our specialty brews and rotating taps created by our incredible brewer.

Let our staff teach you about the various beers on tap, how they are made, what makes them different, and let your palate be the judge. No two of us are the same, so our experience with the beers we try shouldn’t be either.

Each beer will have a story to give it a personality. We are hoping you’ll give them your own story as you enjoy them in the legendary Weston Factory space with friends old and new.

Mederic was born in Montreal in 1987 and lived successively in Guinea-Bissau, Pincourt (Qc) and Vancouver during his childhood. In 1998, Mederic moved to Sherbrooke and studied Natural Sciences and Biology.

Mederic fell in love with beer during freshman year and got his first home brewing kit in 2007. In 2012, Mederic got his first full-time job as a brewer for Les Brasseurs du Nord in Blainville (Qc). Mederic moved to Berlin, Germany in early 2019 to complete the VLB Certified Brewmaster course at the historical VLB Berlin institute

Mederic came back to Canada during the summer of 2019 and found the Head Brewer position at the Warehouse Brewing Company.

“The best (non WBC) beer I’ve tasted in Saskatchewan so far is the Wet-Hopped Centennial from Rebellion.

My favorite WBC beer so far is the Prairie Equinox Märzen

My hobbies and interests outside of brewing: Formula 1, NHL, History, Hunting, Cooking, Travelling, Art especially of the impressionist and romantic currents, Works of Émile Zola and sitting in a room full of kittens.”

Like our beers, the space will evolve with us over time.
Come make it your own. 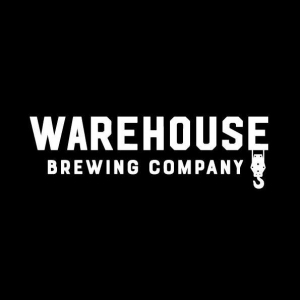